Yes! Here it is, not my top 10! I have been thinking about creating one, and even posted something on Facebook earlier this year that resembled a preliminar top 5. And now I decided that I’m not going to do it. I will give an overview, but there will be no ranking. 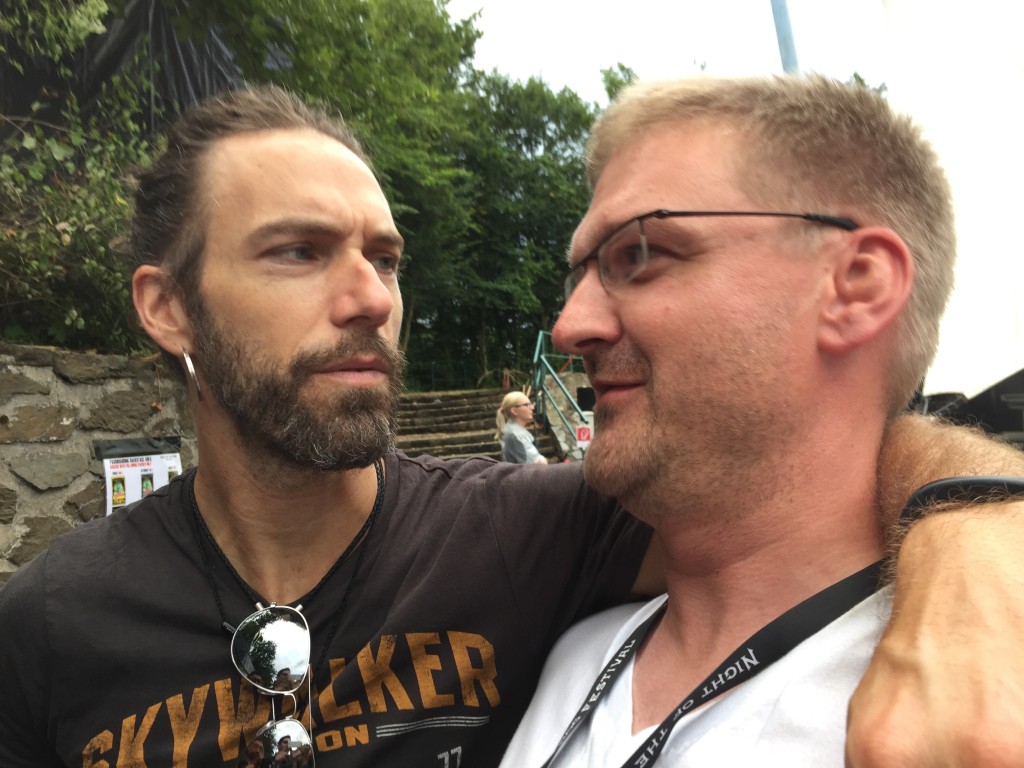 The reason for that is very simple. I have not been able to listen to everything that was released in 2015.  Eveneven if I had, my personal tastes and mood of the day would have led to a different top 10 depending on when I posted it. So, instead, I’ll settle for an overview of albums that I really enjoyed, and a list of albums that I enjoyed less, with a short motivation.

The intention? Get the word out on the music. 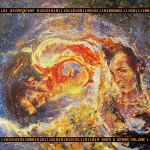 So, let’s start with the album that I reviewed most recently, 3Degree’s Ones & Zeros, Vol. 1. This is an album that I’ve been enjoying for a couple of months, after getting a review copy from founder Robert Pashman. A concept album in the traditional sense, telling about a world where a company called Valhalla Biotech has taken control over people’s health, by having them buy-in to technological life extensions on subscription basis. A dark theme, supported by layered guitar and keyboard melodies, thundering bass and intricate mulit-vocal arrangements. With symphonic rock, folk and occasional hard rock influences, a great album, that keeps the listener focused, as the downside of Valhalla’s offering becomes clear. ‘We regret to inform you, your father has been… deleted’. I’ve known the band since 2008, and this is easily their best album so far. 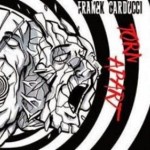 Then, the first 2015 release that I reviewed, Franck Carducci – Torn Apart. Franck released his first album Oddity in 2011, encouraged by his idol Steve Hackett. The album got him a name as a Genesis fan, and contained music in that vein, but more modern. On 2015’s Torn Apart, surrounded by a real, fixed band line up, he departs from somewhat from that, focusing more on guitar oriented rock, with still a strong progressive edge to it. The album rocks, but is far from a 13-in-a-dozen rock album, and it still contains hints of other progressive and classic rock acts. In my review I referred to Bootcut, Genesis and Deep Purple for example. My favourite tracks on the album are the combination of the sweet, beautifully sung Girlfriend for a Day and the heavy rock track Mr. Hyde and Dr. Jekyll. Interviewing Franck was a nice bonus later this year. 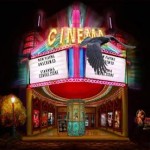 The album that got me actively into reviewing music again, and eventually in playing it on internet radio as well, was Corvus Stone II, released in september 2014.  The band also released an album in 2015, that has spent quite a bit of time in my ears, entitled Corvus Stone Unscrewed. This album was released in digital download form only, and provided for free to all buyers of the first two albums of the band. On it, we find remixes of some tracks from Corvus Stone, the debut album and a series of new tracks, including the little gems Brand New Day (a melodic rock piece with a thumbing choo-choo train guitar rhythm and great melodies), and Landfill, a jazz rock piece in Corvus Stone style. Also worth mentioning is Early Morning Calls, a new version of the instrumental Early Morning Call with vocals by Sean Filkins and Phil Naro. Corvus  Stone do things their own way – with melodic guitars, surprising twists and without any regard for sticking to a single style. The remixes also show how much one man, Colin Tench, can learn about producing and mixing in a few years. 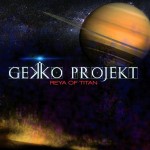 In the world where science fiction and music come together, I did not only find 3Degree this year, but also the wonderful Gekko Projekt, who released the album Reya of Titan. This album tells the story of Reya, an asteroid miner, who after an accident ends up stuck on Saturn’s moon Titan, for 26 years (and the rest of her life afteward). This story is accompanied by music that has roots in both symphonic rock and strong influences from jazz rock, with the experienced Peter Matuchniak on guitar, Vance Gloster on keyboard, Rick Meadows on bass and Alan Smith  on drums. For this album they took on board female vocalist JoJo Razor – with great results. The guitar is jazzy at times, Genesis like at others, while the keyboards mix the sounds of the 70s with everything that came after. All supported by  very solid drumming and often Rush like bass.  JoJo, and sometimes one of the other band members lay out the story on top of that. My favourite tracks on this one are the jazzy Frienda and This is Now Our Home.

Two albums that I like a lot because they are completely different from other releases (as well as from each other), and rooted in the artist’s own past are Amadeus Awad – Death is Just a Feeling and Transport Aerian – Dark Blue. 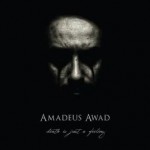 Amadeus Awad has been through a lot in his still short life. He’s seen relatives die, relationships end and at some point attempted to end his own life as well. Looking at how he approaches his works a hyperactive musician nowadays, he seems to have found the way out of misery. Death is Just a Feeling is the story of his suicide attempt, packed in symphonic and metal influenced music. The album is fairly short, but lays down the right atmosphere to tell about all the things the artist has gone through – translated into guitar riffs, and massive leads, but also subdued acoustic pieces. On vocals, he made use of the services of the angelic Anneke van Giersbergen,  Ayreon mastermind Arjen Lucassen and his good friend Elia Monsef. Narratives in the low, mesmerizing voice of Dan Harper complete the picture. A gloomy album, but beautifully executed heavy progressive rock. As said, I don’t do a top 10, but this one would have been very close to first place, if not on it. 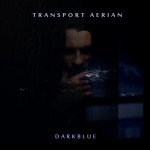 A man that also has gone through a lot, but in different ways, is Transport Aerian’s Hamlet. Moved from a former Soviet country to Belgium, he is a scientist, but also a musician. One who is very much looking for different sounds, and with a dislike for anything that is ‘only for the money’. On his album Dark Blue, he cooperates with German vocalist Rachel Bauer. Here, I’m just going to quote from my review earlier this year, as it best sums up the music. “This album for sure is what the title suggest, dark, but not pitch black (although Jim Morrison’s work with The Doors is almost white compared to this). The music is haunting and minimalistic (Sand Horizon), experimental at times (Black), leaning towards industrial in places (Full Body Acces), while building almost psychedelic soundscapes in others (Epitaph) – and then there is something close to hard rock or metal as well (Crossbreed).” Like other albums in this list, this is also a concept album, “a one-piece musical diary that tells a surreal love story, which is being recited throughout the album’s temporal and spatial space from the face of two main characters” – in Hamlet’s own words. 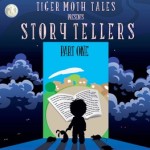 To avoid going on forever, I’ll just add one more detailed description here. Peter Jones, under the moniker Tiger Moth Tales surprised us in 2014 with Cocoon, a modern day homage to the progressive rock giants of the seventies, with Peter himself on all instruments, and with a dash of brilliant humor added to the music and lyrics. He repeated that in 2015, with Story Tellers Part I, which is worth mentioning here not only because it is a continuation of the concept of Cocoon, but also because it was conceived in only 28 days – in February of this year. Peter wanted to participate in a contest where you are allowed only to spent one month on an album, but his record company found the result so good that they decided not to participate, but release it as an album just before summer. Once again, a hint of 70s, a lot of Peter Jones typical musical and lyrical humor and a joy to listen to. If you need a single track to sample what I mean, listen to the 6 minute A Kid’s Tale, which tells a kids tale indeed, in a humoristic way, and ends with a wonderful instrumental. Peter Jones saw his breakthrough in many areas this year, and will hopefully around much longer (we need Part Two!!).

Now there are a lot of other albums that I listend to and really enjoyed, but I can’t go into details on all of them. Here’s a list of albums that are definitely worth a listen: 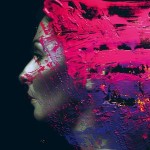 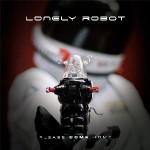 But wait… no Steven Wilson? No Lonely Robot? No Gong? No Arena? Indeed. None of those are listed. For three reasons. First of, I focussed mainly on the so called ‘little ones in the shadows’, as was always the intention of this blog. Not the big bands. Second, because I simply have not heard everything, although I did hear the four I mentioned. And third, and most important, because I was not very much impressed by the work of the so called ‘big ones’. Steven Wilson is a brilliant producer, and a great musician, as he has proven many times in the past. However, although the music is well executed and the production is great, I was simply completely unimpressed by Hand.Cannot.Erase. I heard almost nothing that wasn’t done before, which is a disappointment when coming from the man who accuses others of not being progressive enough (no matter how right he may be as far as these others are concerned). The same holds for the Lonely Robot album, an effort by Arena’s John Mitchell. Again, well executed, but nothing really new – a lot of *Frost and It Bites. What also didn’t help in this specific case was the production. The vinyl sounded ok, although I got somewhat annoyed by the synths, on the CD the dynamics were completely gone. It simply didn’t work for me, and I hardly played it after the first three listens.

I could go into detail on more examples, but I won’t, except that I have to mention that I have both Pink Floyd’s – The Endless River and David Gilmour’s Rattle That Rock and both give me the feeling that sometimes we should be careful to not stretch things too long.

I’m looking forward to 2016 already, because I met a lot of new people, in real life and online, and all related to the great music this blog is about. Let’s see if we have another year of great music ahead, I’d love to be unable to create a top 10 again next year. Provided it is for the same reason of course – too much good stuff to choose from.