So… we’re going to have a son in early 2019. Today Arianna and myself were talking about the future, and what we would want for the boy. Two of the options that came up were that he could become a lawyer or a politician. Although there is merit in those, I have a few strong doubts about them.

Let’s look at the lawyer first. Quite a large percentage of lawyers benefit from other people’s sadness and pain (despite no doubt having good intentions when they start law school) or by downright defending proven criminals in court, trying to get them their freedom or a reduction in of their sentence. A similar percentage make their money by bending the rules for those among us that have too much money already and only want more, at the expense of the majority of mankind and the planet we live on.
Of course, the remaining lawyers do good things as well – defending the innocent, standing up for the weak, but how many of them really do it because they are looking for fairness and justice instead of just the sickening amounts of money involved? And what do they really get done that means something to humanity, to the planet?

Then, the politician. Same thing there, but on a far worse scale. They are supposed form governemnt and opposition, using democracy as a means to form a fair government for us and our planet and to represent and support all of us equally. The past 20-30 years, I’ve seen more and more examples of how this simply does not work. People mention time and time again, and rightly so, that our politicians mainly look at the benefits of the rich, and of business, with the excuse that that will help the economy and thus all of us. An economy that is screwed, on a planet that is deteriorating because of that same economy. Deteriorating, because they deliberately allow it, even enforce it. This week I read the worst example so far. A UN report on climate change was suddenly lacking the support of four major UN members, including the US and Saudi Arabia. And suddenly the discussion was over the wording of that in the closing statement of the conference: did the aggregation ‘welcome the report’ or ‘take note of the report’. Here we have the people we elect to guard our welbeing quarelling over using 3 or 5 words on a report that may determine the future of the planet.

That’s what politics and law have become – a play on money and a play on words, with no regard for the actual goal.
My feeling today was that I want our son to become someo 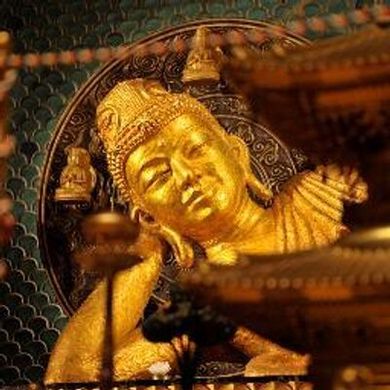 ne who achieves something, implying that that something is useful to the world and it’s people. Right now, that means either not becoming a lawyer or a politician, or becoming the one that can find the support to actually change something there. If not, there’s always the possiblity to find something meaningful to become, meaningful to all our futures. Someone that loves people, helps people, supports people. Someone who receives the merits that come with giving to others and caring about them.

Born out of love and light, to be raised in fairness. I’m ready for you, young man. See you in about 2.5 months, when our journey begins.