After three years of hard work, especially the past 6 months, it’s finally there. Silhouette’s new album The World Is Flat (And Other Alternative Facts) will be presented to a live audience on September 22nd at Parktheater Alphen. That evening, you will hear the new music, by a band that wants to go for it!

The band will share the stage with British prog act The Gift, who released a wonderful album Why The Sea is Salt in 2016. If you missed them at ‘t Blok in February, here’s your chance to catch up. 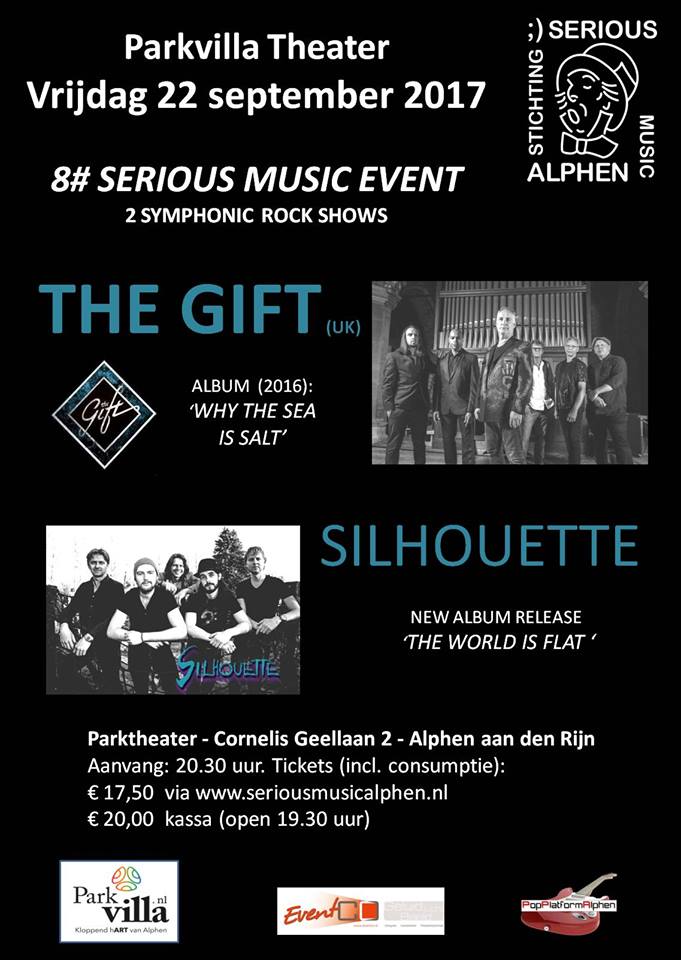